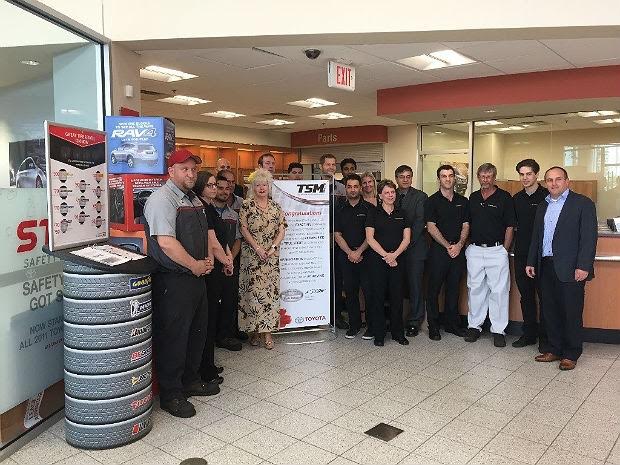 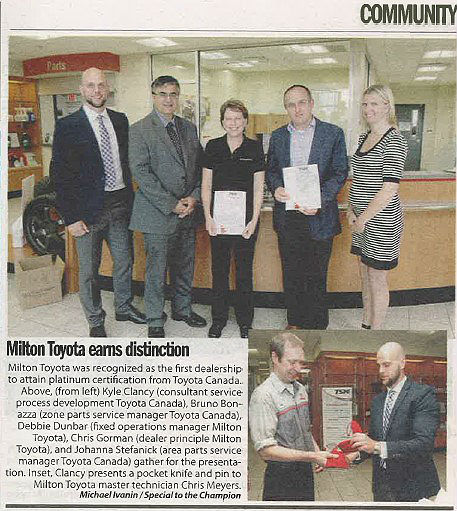 CONGRATULATIONS to Milton Toyota for achieving TSM Platinum certification status as awarded by Toyota Canada Inc. The local community newspaper, The Milton Champion reports the dealership is the first to achieve this milestone in Canada.

Milton Toyota opened its doors in April 2001 and has operated following their mission statement and core values of building the loyalty of customers through the delivery of a positively unique and memorable sales and service experience.

The dealership’s core values are as follows:

Milton Toyota won the prestigious President’s Award in 2013, 2014, and 2016 excelling in sales satisfaction, service satisfaction, market share attainment, vehicle delivery excellence and employee training and certification. There were only 12 winners awarded in Canada.

In the initial stages of the TSM program, Milton Toyota served as a pilot dealership for the program. Excelling at implementation of the TSM “way of doing business”, Milton has been visited by dealership representatives from the United Kingdom, Japan and other Canadian dealers to observe the process in action. 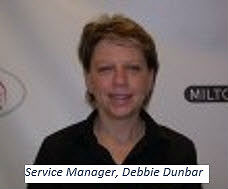 The Fixed Operations Manager at Milton Toyota, Debbie Dunbar has been a part of the Toyota family for 24 ypears. Dunbar: “Back in the early days, an oil change could take up to 2 hours. But focus on developing our process through TSM has dramatically improved our efficiency and productivity”.

TCI: “What are the benefits of TSM?”
Dunbar: “In a word, ‘efficiency’,” everyone is working to his/her potential and this leads to customer satisfaction. At first, no one at the dealership really understood what TSM was and attaining TSM status was a lot of work for all of us; however, it was well worth it”.
Debbie has said to other Service Managers – “how can you not believe in TSM?”
Dunbar: “At Milton Toyota, TSM is now a culture (much more than a process) and the benefits are tangible”. Debbie wrote all the SOPs for the dealership when TSM was launched and they have been shared with other dealers.
Dunbar: “Whenever a new staff member is hired, he/she is given these SOPs and this translates into a quick learning curve. It is a great training tool”.

TSM in the Parts Department 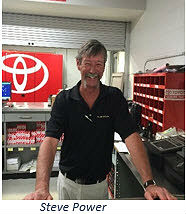 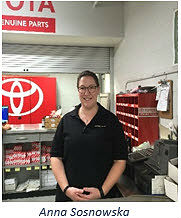