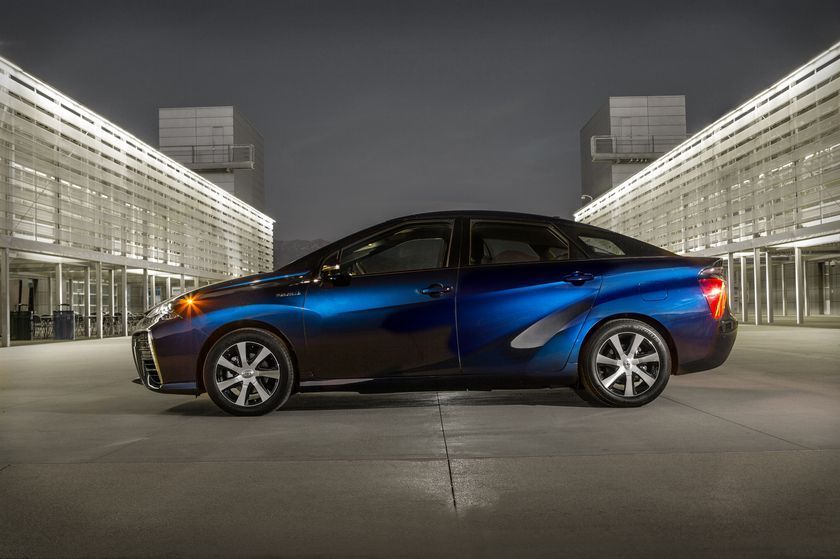 For the second time in a generation, Toyota has re-imagined the future of mobility.

The Toyota Mirai is a four-door, mid-size sedan with performance that fully competes with traditional internal combustion engines – but it uses no gasoline and emits nothing but water vapor. The groundbreaking fuel cell electric vehicle is powered by hydrogen, re-fuels in about five minutes, and travels up to 300 miles (or around 483 kilometres) on a full tank.

Mirai will be available to customers in California beginning in fall 2015, with additional markets tracking the expansion of a convenient hydrogen refueling infrastructure. Powered by an industry-leading fuel cell electric drivetrain and supported by an exceptional 360-degree ownership experience, Mirai marks a turning point for consumer expectations for a zero-emission vehicle. 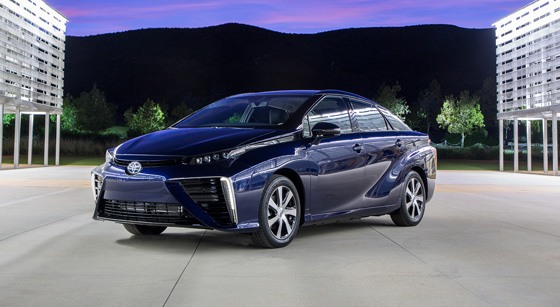 Making its Mark with Performance

In its basic operation, a fuel cell vehicle works much like a battery electric vehicle. But instead of the large drive battery, Mirai’s fuel cell stack combines hydrogen gas from tanks with oxygen to produce electricity that powers the electric motor.

Toyota’s proprietary fuel cell stack represents a major leap forward in performance, delivering one of the world’s best power outputs of 3.1 kW/L at a dramatically reduced size that fits under the front driver and passenger seats. The system provides Mirai with a maximum output of 153hp, accelerating from 0-100 in about 9.0 seconds and delivering a passing time of about 3 seconds from 40-65 km/h

What’s more, thanks to fuel cell technology’s versatility and adaptability, the Mirai offers performance options that go well beyond a traditional automobile. In fact, the vehicle will be offered with an optional power take off (PTO) device that enables Mirai to serve as a mobile generator in case of emergency. With the PTO accessory, Mirai is capable of powering home essentials in an average house for up to a week in an emergency – while emitting only water in the process. 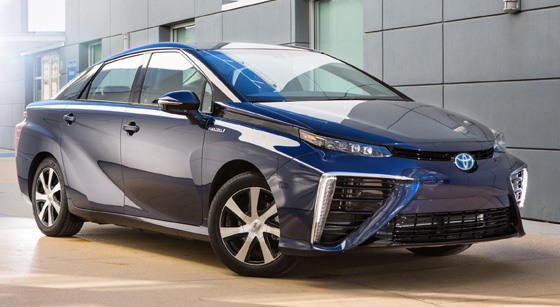 Toyota began fuel cell development in Japan in the early 90s and have developed a series of fuel cell vehicles, subjecting them to more than a million kilometres of road testing. In the last two years alone, fuel cell test vehicles have logged thousands of kilometres on North American roads. This includes hot testing in Death Valley, cold testing in Yellowknife, Canada, steep grade hill climbs in San Francisco and high altitude trips in Colorado. The Toyota-designed carbon fiber hydrogen tanks have also undergone extreme testing to ensure their strength and durability in a crash.

This extended legacy of research and development is reflected in Mirai’s safety and reliability.  At Toyota’s advanced Higashifuji Safety Centre, the vehicle has been subjected to extensive crash testing to evaluate a design specifically intended to address frontal, side and rear impacts and to provide excellent protection of vehicle occupants.  A high level of collision safety has also been achieved to help protect the fuel cell stack and high-pressure tanks against body deformation. 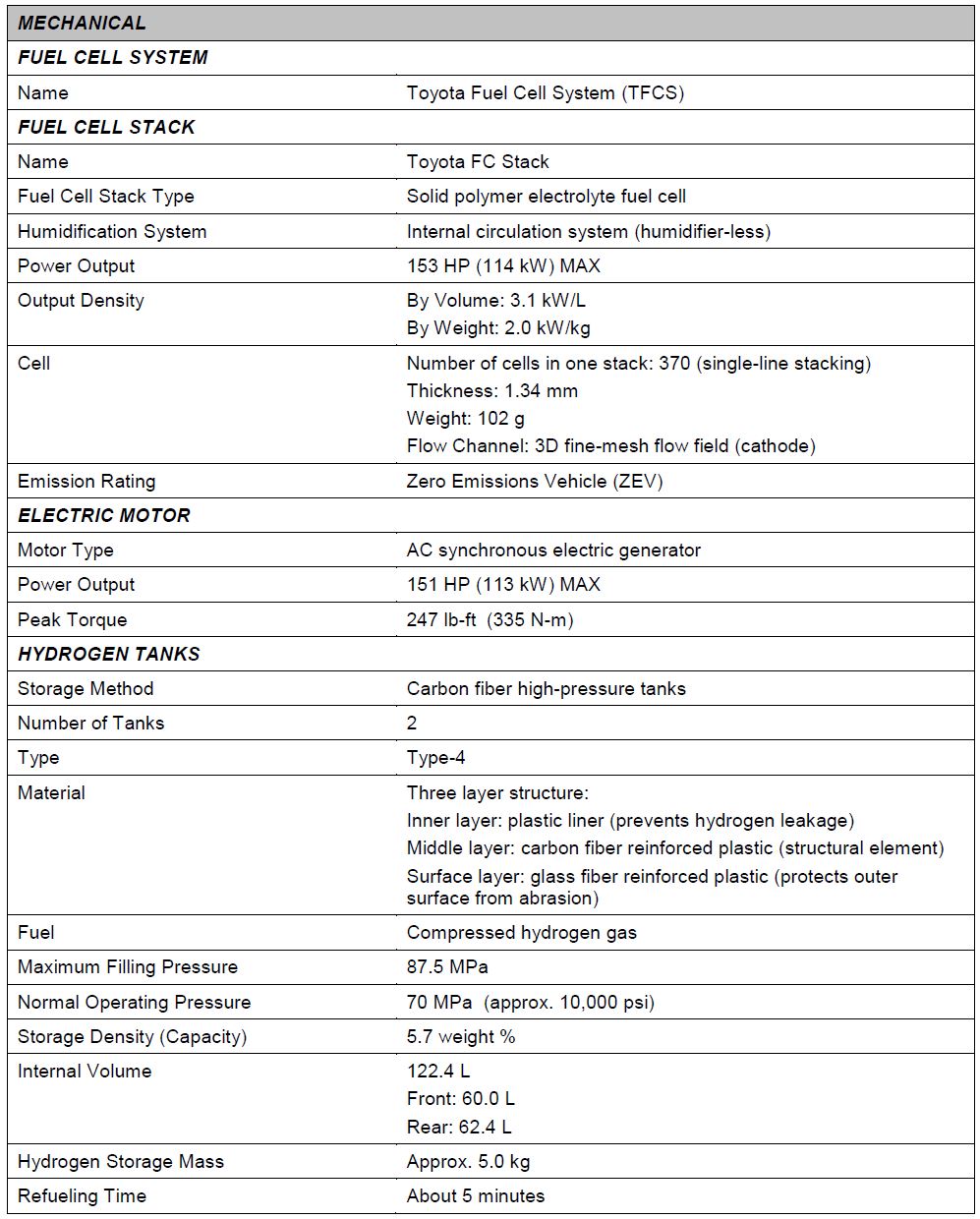 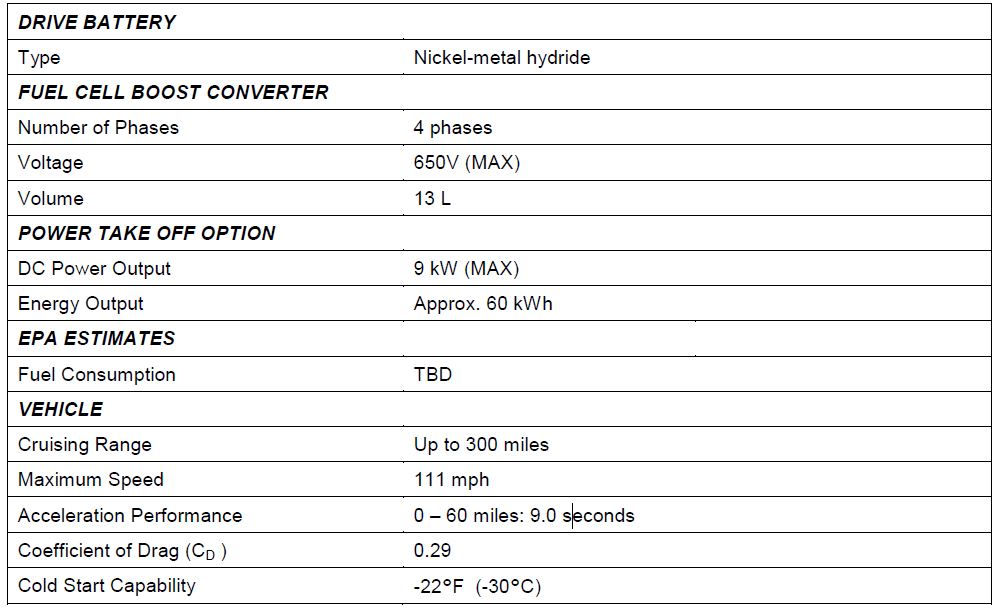 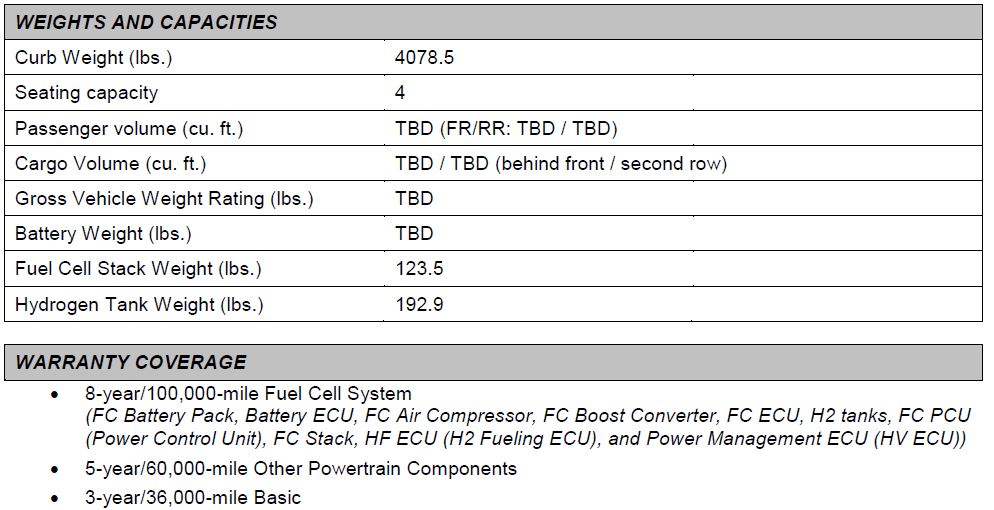 Original article from Toyota Canada Newsroom. Article presented by Milton Toyota. Efforts have been made to ensure the accuracy of the information presented above, though pricing, equipment, or other details may change at any time without notice. For more information refer to Toyota Canada’s website, or consult the vehicle’s owner’s manual.