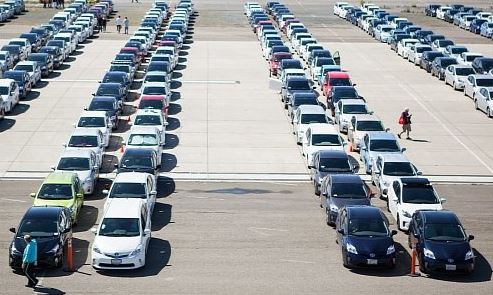 On the Alameda Air Field in Northern California, 332 Toyota Prius owners made a parade lap to celebrate Earth Day. The meeting went straight to the record books, as Guinness World Records representatives were there for the homologation process of the attempt, which proved successful.

Toyota Motor Corporation prides itself on the fact that its Lexus and Toyota brands have double the number of- hybrids on roads than any other automaker.

This parade lap only strengthened Prius’s position in the USA, and California in particular. According to Toyota, the state of California accounts for 40% of the country’s Prius vehicles.

Find out more about the Toyota Prius on the Milton Toyota website.