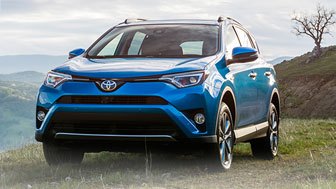 Whatever your need in a sensible, confident, flexible and highly fuel-efficient vehicle, your local Toyota dealer has you covered with a selection of high-utility hybrid models that gracefully combine space, versatility, and exceptional fuel economy.

At the core of all Toyota hybrid models is the proven Hybrid Synergy Drive system, which combines a conventional gasoline engine with an electric motor drive system and a high-powered battery. Using self-generated electricity, Toyota hybrid models use their electric motor drive system to assist, or even replace, the use of gasoline in certain situations—reducing fuel consumption and emissions in the process.

No other automaker has experienced the success and sales volume achieved by Toyota when it comes to hybrid vehicles. That’s largely thanks to the brand’s reputation for building reliable, effective and affordable hybrid models targeted towards the motoring masses.

Today, an all-new hybrid model has joined Toyota’s lineup. The 2016 Toyota RAV4 Hybrid is the brand’s seventh hybrid model, and one that promises shoppers a compelling blend of hybrid technology alongside core RAV4 attributes, including an upscale cabin, tremendously flexible interior, sophisticated styling and adventure-ready capability.

“With the joining of two pioneering concepts that changed the automotive landscape, we’ve created the ultimate RAV4 line-up,” said Larry Hutchinson, Vice President of Toyota Canada Inc. “By delivering on our promise of exceptional fuel efficiency, performance and design, we’re shifting people’s perceptions about hybrid cars and proving they really can have it all when purchasing a vehicle.” 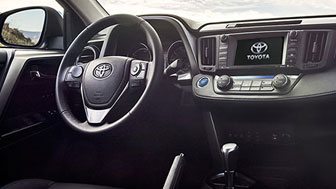 The all-new RAV4 Hybrid is powered by a unique version of the Toyota Hybrid Synergy Drive system that has been specially optimized for use in the RAV4. At the core of the powertrain is a 2.5-litre four-cylinder engine, running the Atkinson cycle to achieve the ultimate in gasoline combustion efficiency. High-torque electric motors and a continually variable transmission are teamed up with the gas engine, and drivers can expect best-in-class city and combined fuel efficiency figures of of 6.9 and 7.2 litres per 100 kilometres, respectively. That’s small-car fuel economy in a fully capable crossover.

Best of all, a full model-range styling update applied to the 2016 RAV4 means that all models benefit from a new look that’s sleeker, more sophisticated and more upscale — inside and out. Finally, note that the RAV4 Hybrid boasts a significant power output increase over the standard model, despite its improved fuel efficiency and capability of zero-emissions driving in certain situations.

Find out more about the All New 2016 Toyota RAV4 Hybrid on the Milton Toyota website.